Cassidy Byrne-Alli was the first child born on Mars. That had been almost five years ago—Martian years, which made her almost ten in Earth years. Her sister, Oriana, had been born one Martian year later. Other children had been born since Cas as well. Those who were old enough attended the first Martian school—currently just one classroom shared by all ages. That classroom, and the rest of the colony, was deep underground in caves left behind by ancient lava flows. Kids older than four attended Surface Training three times a week. 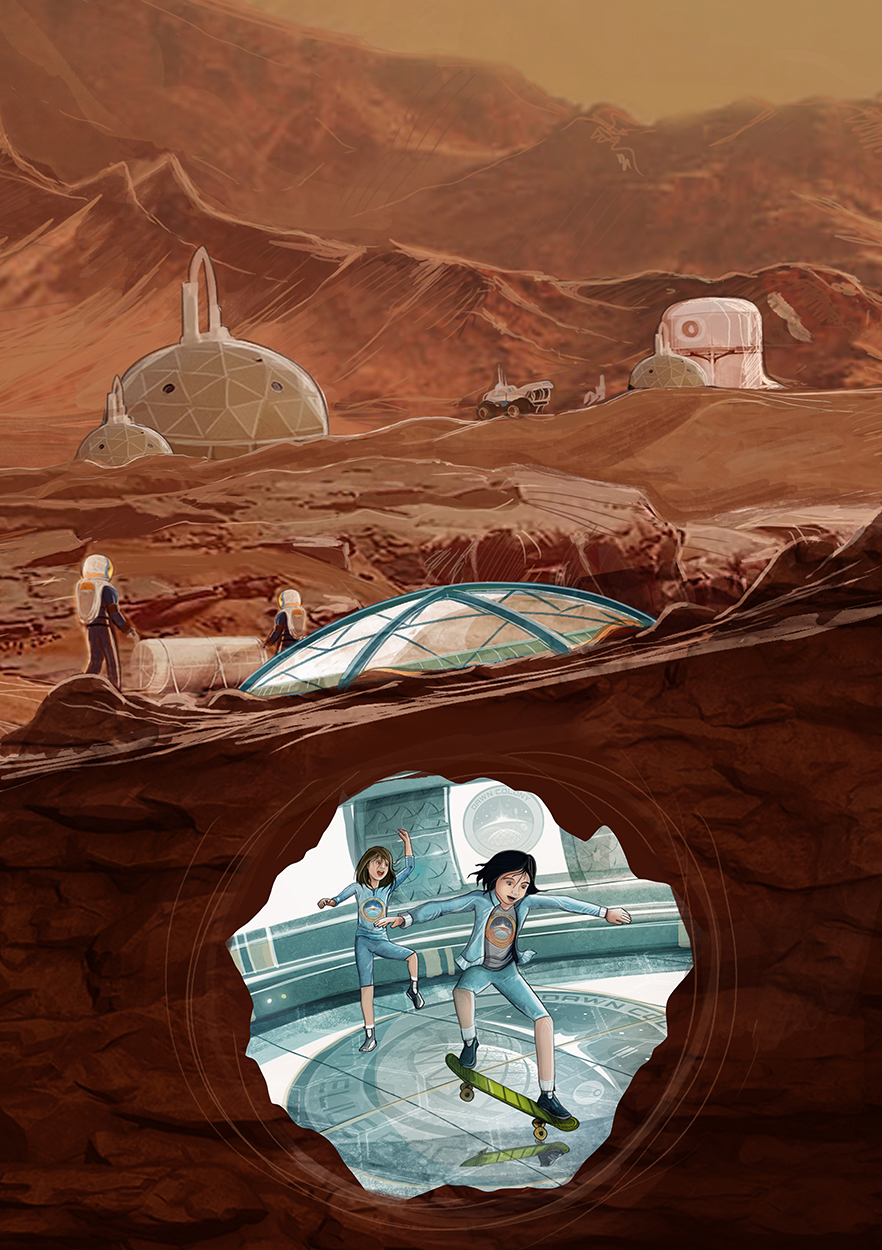