The rover they were riding in was called an LD Rover (LD for Long Distance), and it was a beast. It had four huge wheels of compressive chain mesh that could roll over almost anything and absorb most of the shock. These were powered by an internal combustion engine operating through a sophisticated series of differentials that sent power to all wheels while allowing them each to pivot independently for steering. The engine burned methane, the easiest fuel to produce on Mars. The rover could move at up to 60 kilometers per hour on a flat surface and could crawl over almost anything it might encounter. The cabin was pressurized and roomy enough for four people to live, closely but comfortably, on extended trips. There was no airlock. Instead, the entire cabin was depressurized when the occupants wanted to go outside. It carried fuel and supplies for ten days, bulbous tanks of pressurized methane and oxygen and water riding on its back. 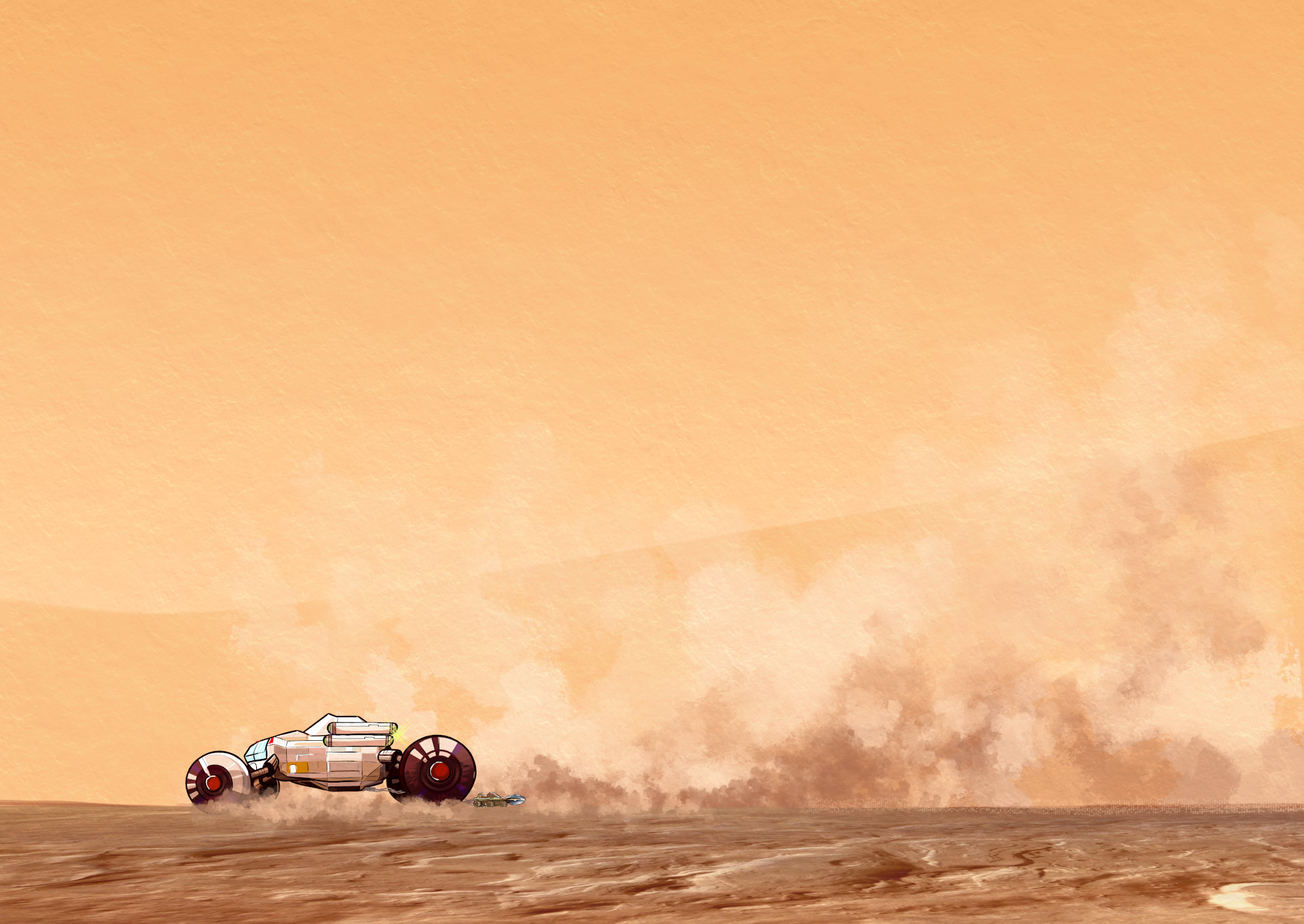