“I wish I could just goof around outside,” she said, finally.

“Yeah, I get that,” said her dad. He snatched the ball away again, stood up, dribbled it a couple steps away, than passed it back to her. “All of us adults have memories of growing up on Earth, going out when we wanted, goofing around outside. That’s why we built the Forest.” It was not unknown for an adult to climb a tree or grind a skateboard there once in a while. “It’s interesting that you are feeling this way, since you don’t have those memories.”

“I see kids on shows from Earth,” said Cas. She passed the ball back without getting off the bed.

“Ah,” said her dad, “I see. Well, it’s true that you can’t go outside the way kids on Earth can. But the thing is, you probably have more freedom to explore, goof around, and be a kid here within the colony than most kids have on Earth.” 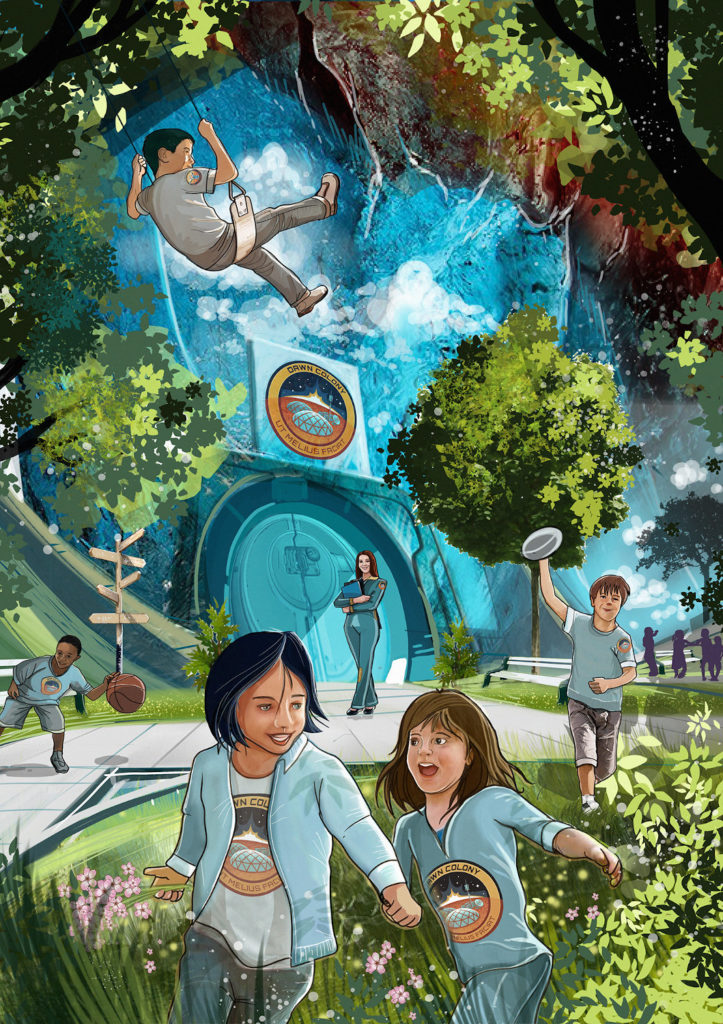