This was not Surface Training. They had not filed an activity plan. Nobody knew what they were up to except the four of them in that room.

Their suits had not been maintained since yesterday’s Surface Training session, but they still had plenty of breathable air in them, and the scrubbers were well below capacity. They would be fine.

Helmets on, they walked into the airlock, Cas carrying a real soccer ball under her arm. The ball was shrunken and soft. She’d let most of the air out of it, knowing that it would puff up again in the thin air outside. They closed the inner door. Cas was reaching for the panel to depressurize the lock when Sally’s voice came over their comms. “I think that’s far enough, kids.” 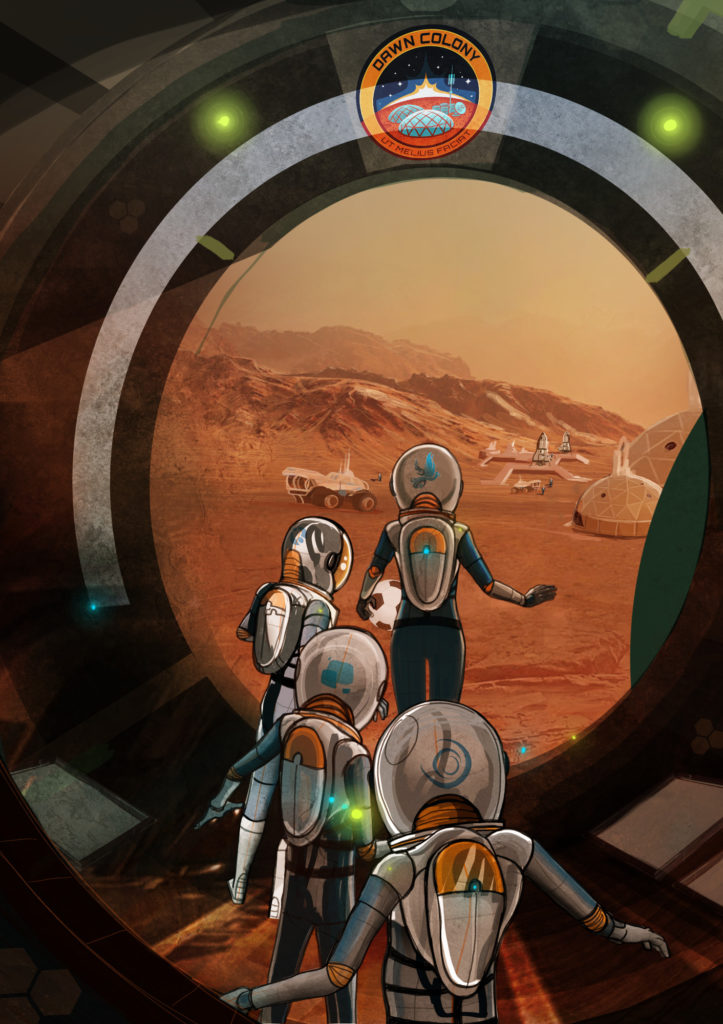