“Well, this looks terrifying,” said their mother, looking out the front window of the LD at the slope their father intended to descend.

“The nearest alternative adds over 120 kilometers to our route,” said Aedan, also staring at the slope. It was steep. It was uneven. It was rocky. He smiled. “It looks like fun,” he said. Nyla gave him a look but said nothing.

Ori joined in: “EPIC!” she hollered. 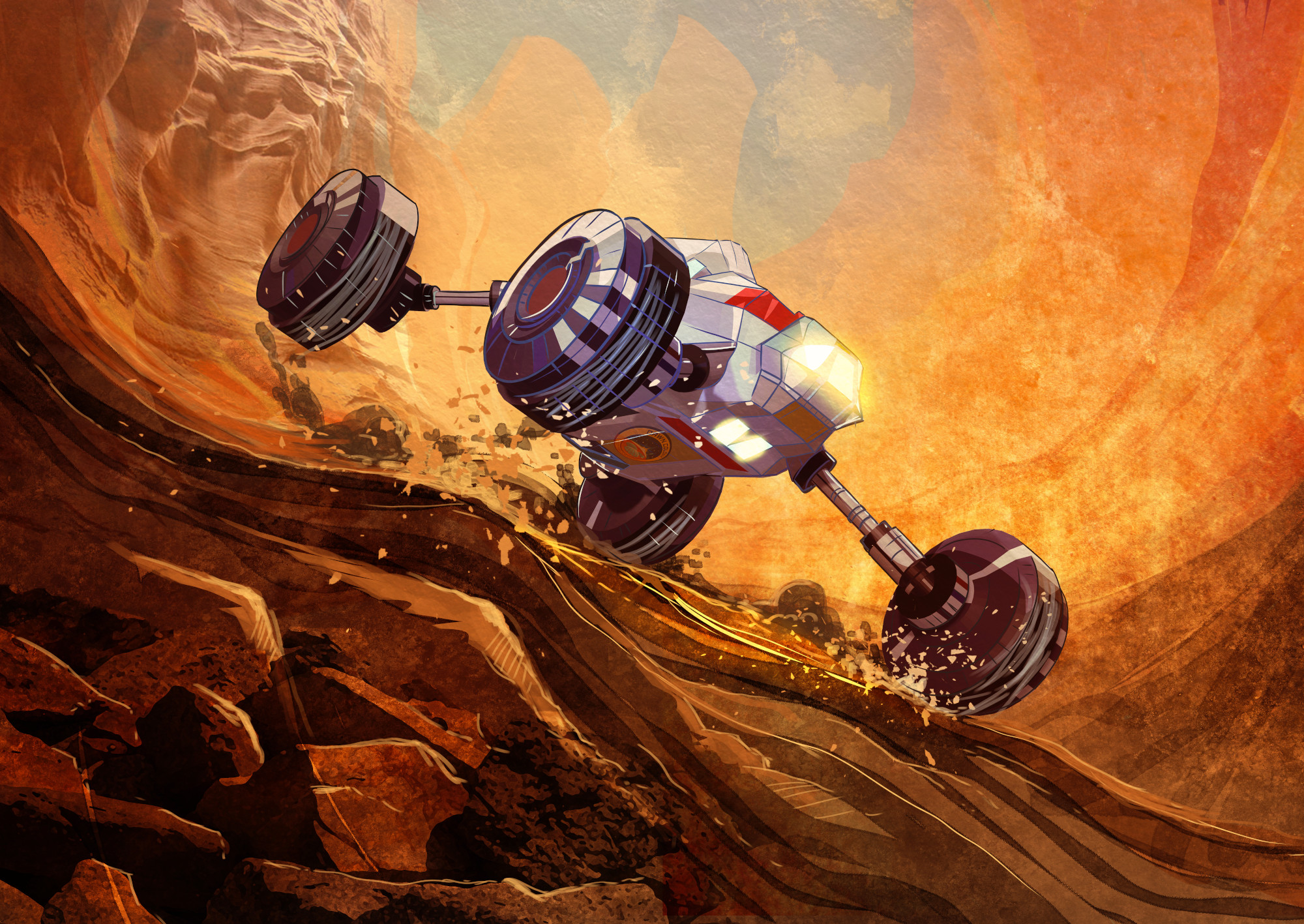