The little sister in that loo was very different than the little sister she’d known before the ObsDome incident several months before. That little sister had been scared of the sound of her own breath (a Martian idiom that only made sense if you’d been in a suit on the surface, where your breathing was the only sound you could hear) and unable to handle any task under pressure. The sister now using the loo had dealt with one of the worst situations that can happen on Mars: sudden depressurization of a living space. Ori had saved herself and her classmates that day. Cas had helped at the end, but the point was that Ori had faced the problems as they arose and calmly dealt with them. 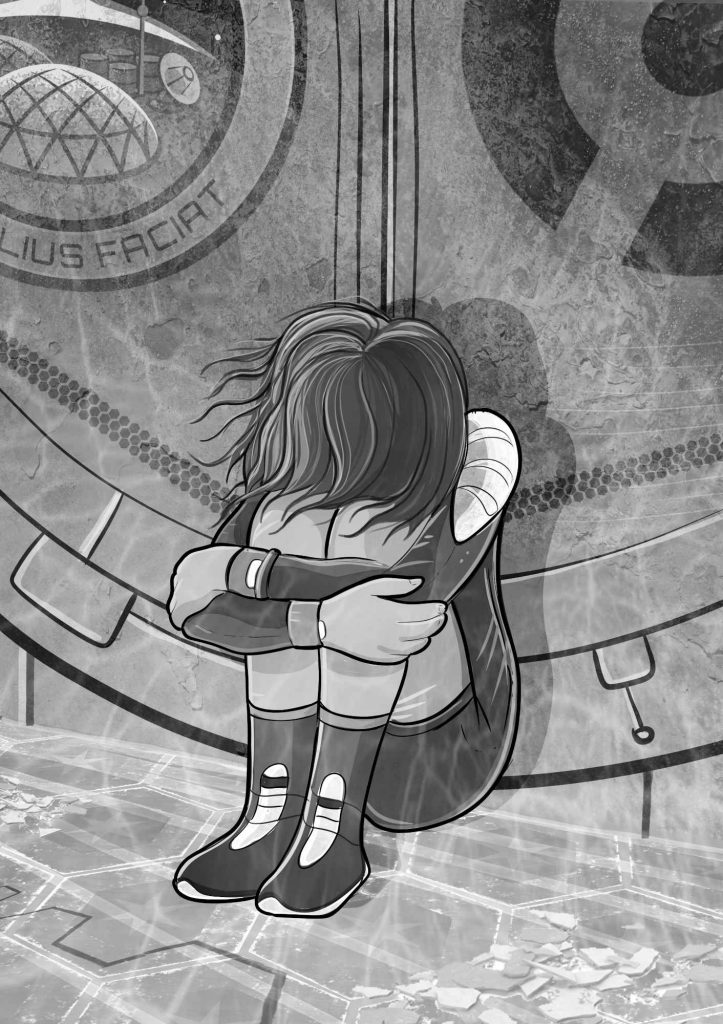