While the older children walked through the dust storm, Ori and the younger children were spending the day in the ObsDome. The name was short for “observation dome”. This was one of the newer surface buildings of the colony. It was constructed primarily of ice. Water, in any form, was an effective shield against the various types of radiation that reached the surface of Mars. With thick ice between supportive layers above and clear ice for windows all around, the ObsDome provided a safe place to view the surface around the colony. Nina often brought the younger children here when the third graders were at Surface Training. 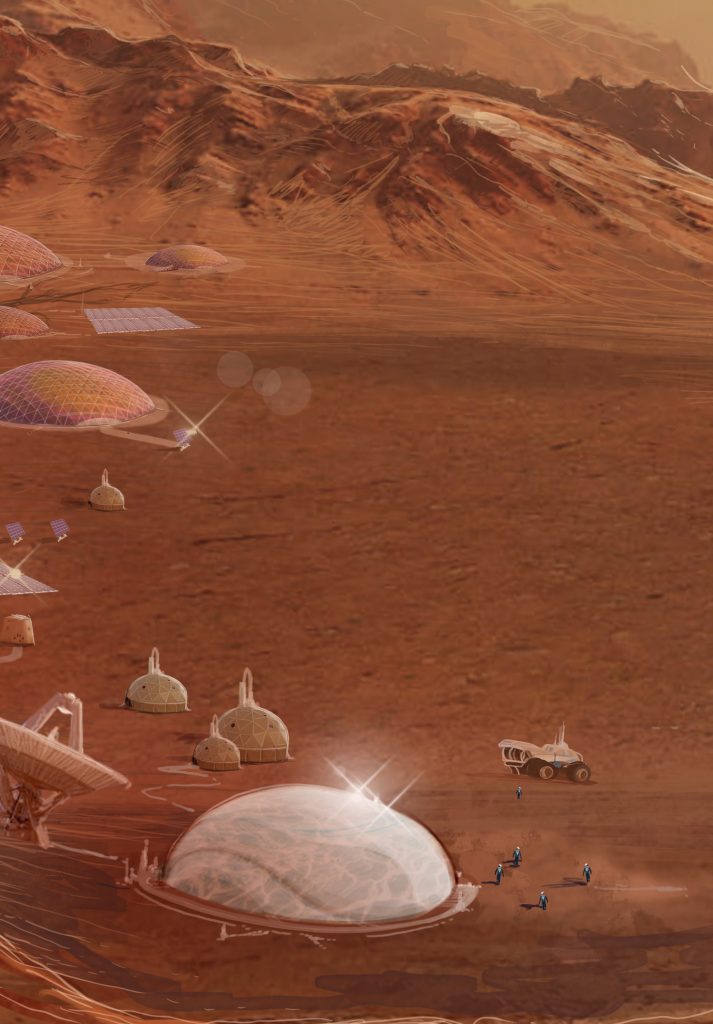