I’ve been meaning to write a short piece about something I noticed while watching the recent lunar eclipse, but I wanted to wait until the furor of eclipse pics died down.

Where I live, the eclipse was already under way when the Moon rose. I also have a small mountain between me and the eastern horizon, so there was a pretty big bite missing by the time I saw it. I pointed my little telescope at it, and the family took turns at the eyepiece. Every so often, I would tilt the telescope farther up to compensate for the Moon’s movement across the sky as we rotated beneath it. 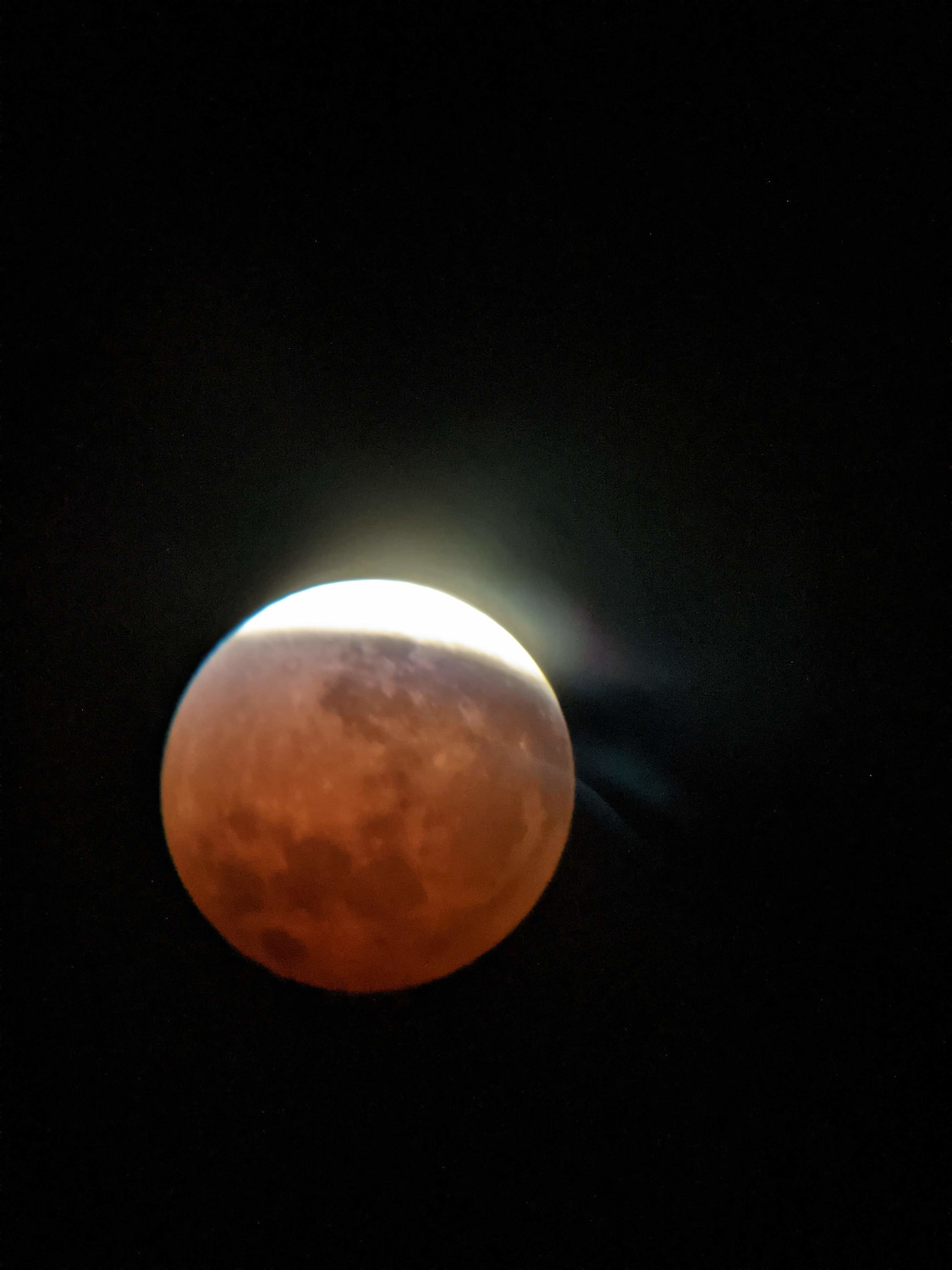 Eclipses are slow events, and, eventually, everybody went back inside except me. Little by little, the bite got bigger until the whole disk glowed a soft pleasing orange. With the Moon’s light so dimmed, the starfield behind it became visible.

Shortly after totality, I took a break and went inside to watch TV with the family. When I came back out, lined up the telescope again, and looked into the eyepiece, I noticed that the starfield had changed. “Huh,” I probably said out loud.

I took note of a couple of the bright stars near the disk. Over the next hour, I continually readjusted the scope to keep the Moon in view. It is always surprising how quickly the Earth’s rotation moves celestial objects across the field of view in a telescope. As time went on, the stars I had noted changed their position relative to the muted disk of the Moon. No doubt about it, the Moon was moving east against the stars, even as it moved west above me. “That,” I probably said out loud, “is cool.”

We all know this happens. It’s why the Moon rises at a different time each day. It’s why it has phases, as its position relative to the Sun and us changes. We all know this. But, to watch a dimmed Moon long enough to actually see that orbit happening against the field of stars behind it… Well. “That,” I said again, definitely out loud, “is cool.”