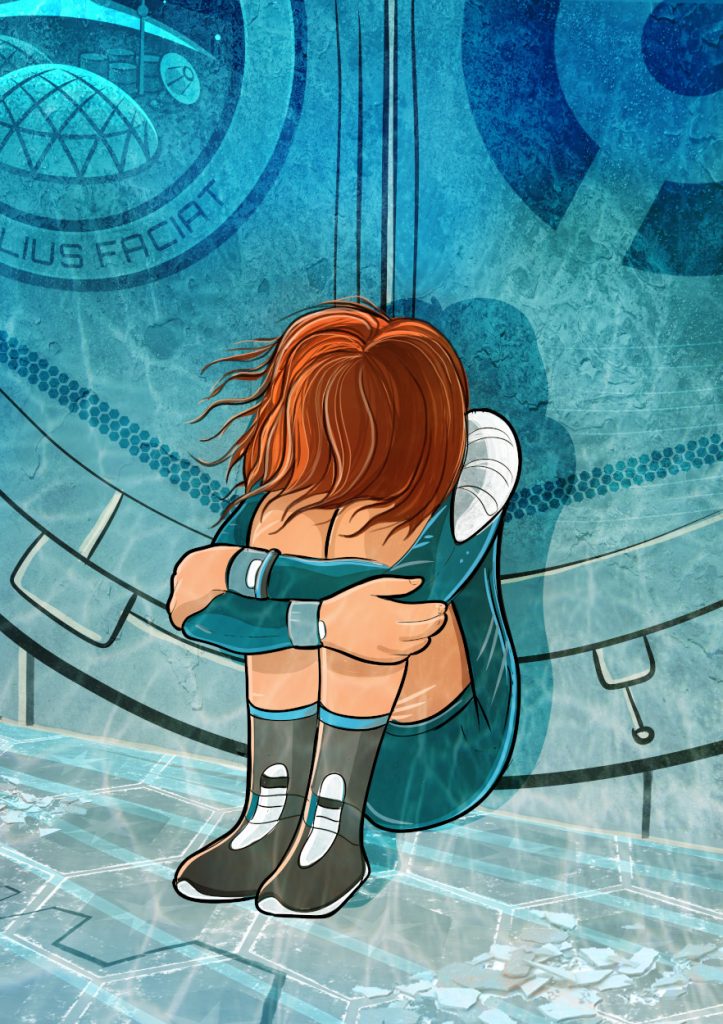 There was a sudden roar, louder than any noise Ori had ever heard. She sank to the floor, pulled her knees to her chin, closed her eyes, and cowered against the closed door. She had never felt wind before, only slight movements of air from the distribution system in the colony. But now she felt a terrifying rush of air over her. There were crashes and groans all around, and she opened her eyes to see the content of the dome—tables, chairs, lab equipment, plants, all—falling and shifting in the direction of the wind. She closed her eyes and screamed.