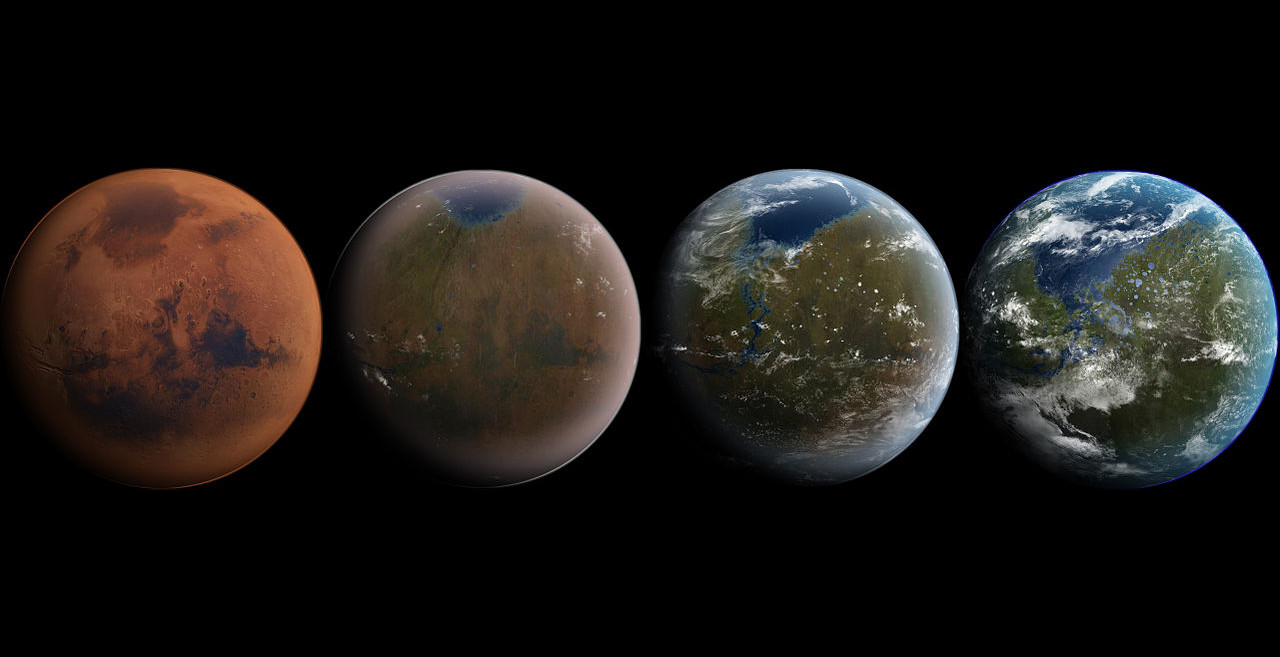 Humans love the idea of a rebel. But only the idea. Take action too far outside the box of current experience and you begin to hear the Greek Chorus of naysayers heckling you, gleefully glomming onto anything that might pull you back within accepted norms.

Such has been the case recently regarding a paper in the journal Nature Astronomy, which reported that there does not appear to be enough CO2 on Mars to allow for terraforming. I can’t count the number of articles that have floated through my various feeds starting with the mocking phrase “Sorry Elon…” Google it yourself and see what I mean.

The paper itself is perfectly good science. Researchers at the University of Colorado and Northern Arizona University ran the latest numbers available from NASA’s Maven and ESA’s Mars Express and found that there does not appear to be enough CO2 left on the planet to do the sort of terraforming proposed by Musk, among others, using current technology. This is good to know. But modern popular science writing tends to blow the impact of individual papers way out of proportion. Science moves in point-counterpoint and one paper is rarely the last word.

After a while, you get used to ignoring this tendency to over-emphasize individual papers. But, in this specific case, I find the apparent malicious glee of the popular science writers particularly galling. Why the need to turn a scientific finding into a personal attack on someone’s efforts? Not to mention that the efficacy of terraforming should not determine whether or not we try to colonize Mars. A single paper suggests we can’t make Mars like Earth and, what, are we supposed to just forget about going? Forget about the necessity of expanding the human race beyond this one, albeit very nice, planet that we currently inhabit? Forget that, notwithstanding the small-minded chorus, human nature is to spread, and we’ve been stagnant for too long? Forget about all the beneficial peripheral technology that inevitably flies off of a significant technical endeavor doggedly pursued?

Look, we need to move beyond this planet. Nuclear war, climate change, asteroid or comet impact, construction of a new hyperspatial express route: sooner or later, something is going to get us here. This is not to say that the Earth is doomed and we need to move on to “planet B”. But we need to put a few eggs in another basket. That’s just prudent.

Terraforming, if possible, would be a great perk. But it’s not the primary reason to go. Mars is still the only celestial body within reach of current technology that has the resources and environmental conditions to allow continuous, possibly self-sustaining, human habitation. The fact that we might not one day be able to lay by a lake in our swimsuit, or even walk about without a pressure suit, doesn’t change that.