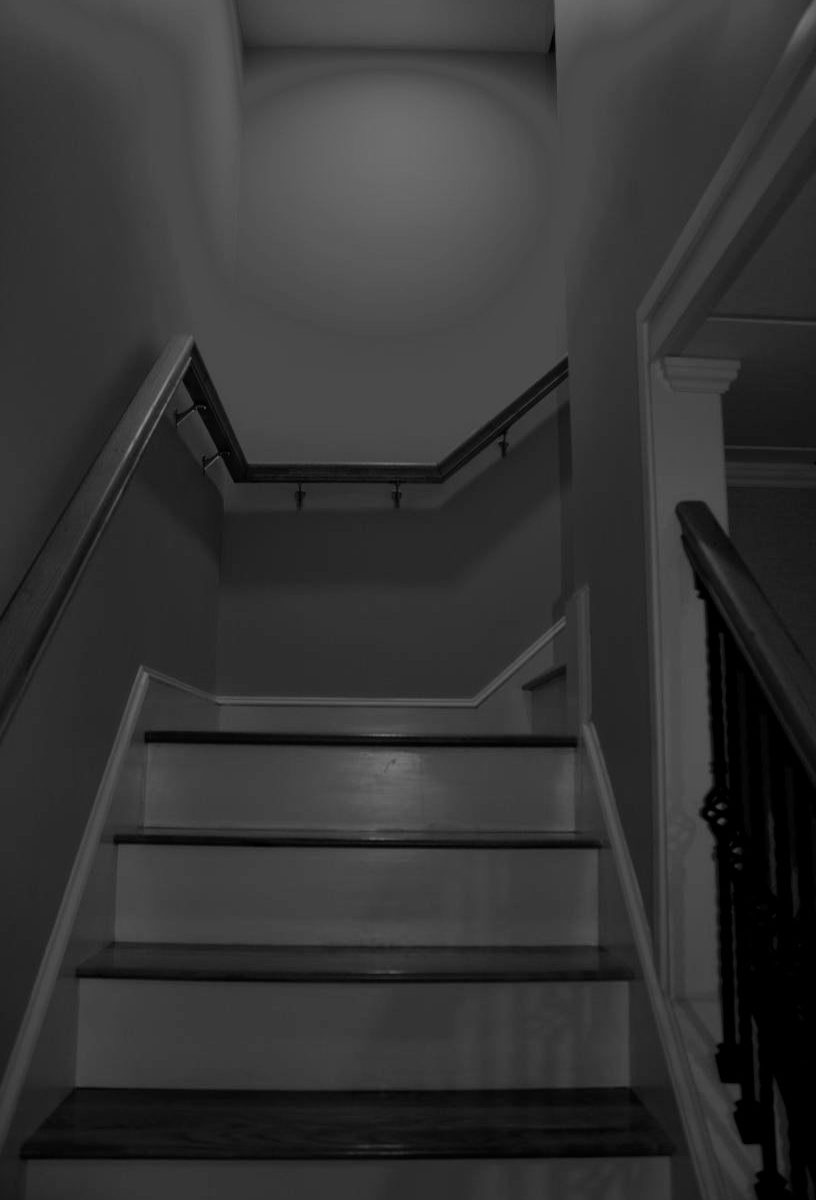 Family and friends are gathered in the basement. It’s a party basement, with music, darts, ping pong, food and drinks. Jack-o-lanterns and witches and skeletons are taped to the walls. Kids are running around, costumes slowly falling off. Parents are chatting. The lights have been turned off upstairs to discourage late trick-or-treaters.

This has happened a couple times already. The revelers ignore it and the party continues.

The doorbell chimes. And it chimes again.

Whatever, they’ll go away eventually.

The doorbell chimes several times in quick succession. Then once more for good measure.

I’ll go shoo them away, says an uncle as he starts up the stairs.

The party continues for a while.

Uncle Joe is up there, he’ll take care of it, says the dad.

The doorbell chimes several times. Then once more for good measure.

That’s…weird, says the dad. He calls up the stairs for Uncle Joe.

I better go up and see what’s going on, says the dad, starting up the stairs.

The party falls silent. Guests look nervously at each other. There is some awkward laughter.

Honey? the mother calls up the stairs. What’s going on?

There is no answer.

And tell them what, says someone else, that the doorbell is ringing and we’re too scared to answer it?

The doorbell chimes. And it chimes again.

And it’s been chiming now for as long as I can remember. The music has long since stopped. The children are gathered around us, silent.

Once in a while, another of us will go up the stairs. Curiosity is a powerful force.

The chips and dip ran out quite some time ago. Soon, we will all have to go up the stairs. Hunger is a powerful force.

Maybe they’re all up there, waiting and hiding to surprise us.