The first is the mission badge for the colony in which the kids live. The colony calls itself Dawn, signifying the beginning of a new era in human development. The motto, “Ut melius faciat”, translates as “To do better”, a noble and ambitious sentiment for these first humans on Mars as they go about developing an entirely new culture. 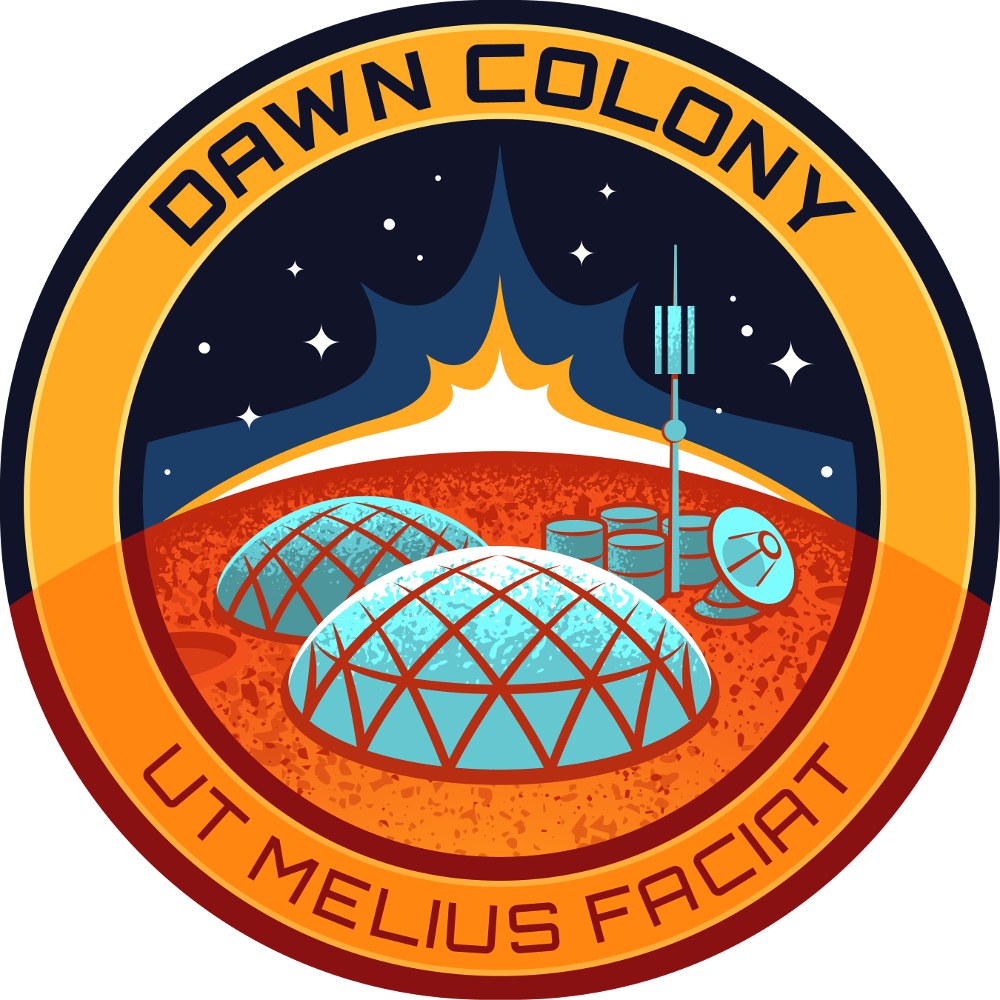 The second is the official series logo. It too is a mission badge. Initially created by the younger sister as a gift to her older sibling, the parents liked the idea so much that they formalized it to be the official badge for kids born on Mars. The arms open to the sun, reflected in the helmet visor, signify this generation’s embracing of their future in this new era. 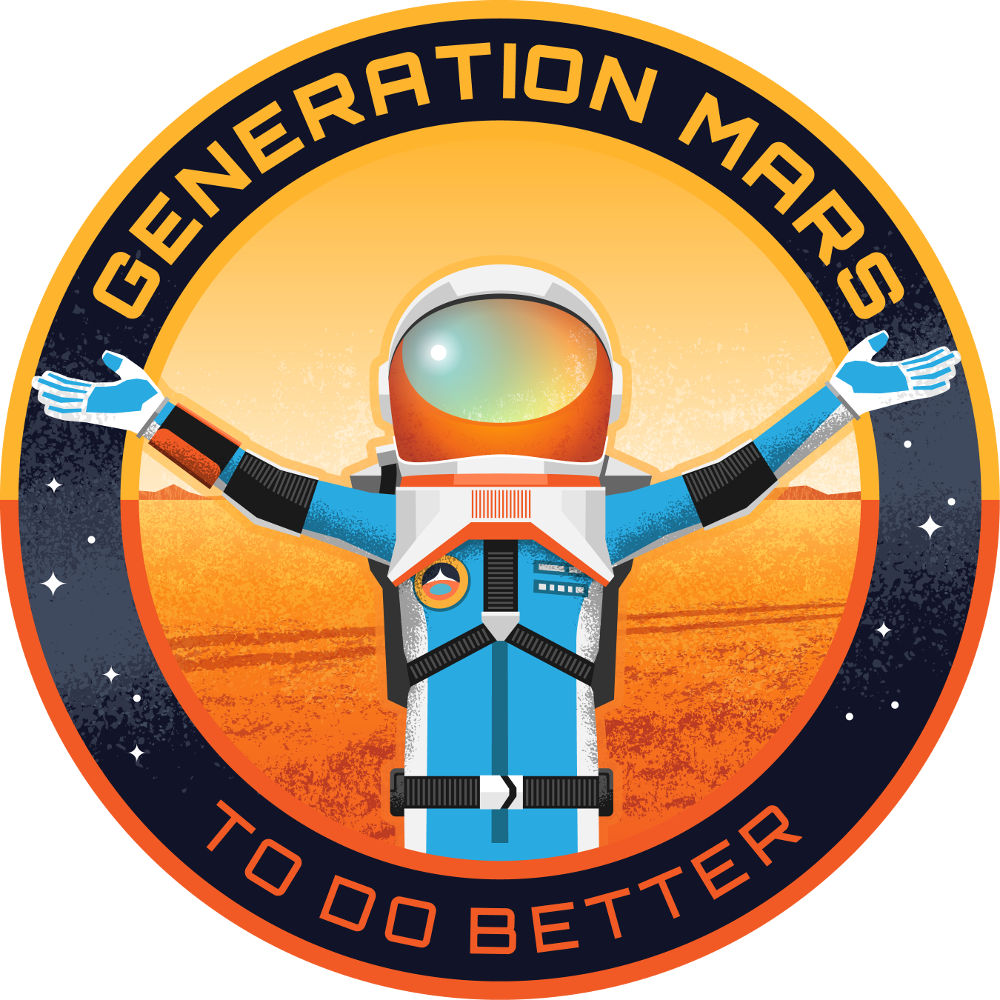 Both badges were developed by Graham Blake, illustrator extraordinaire.