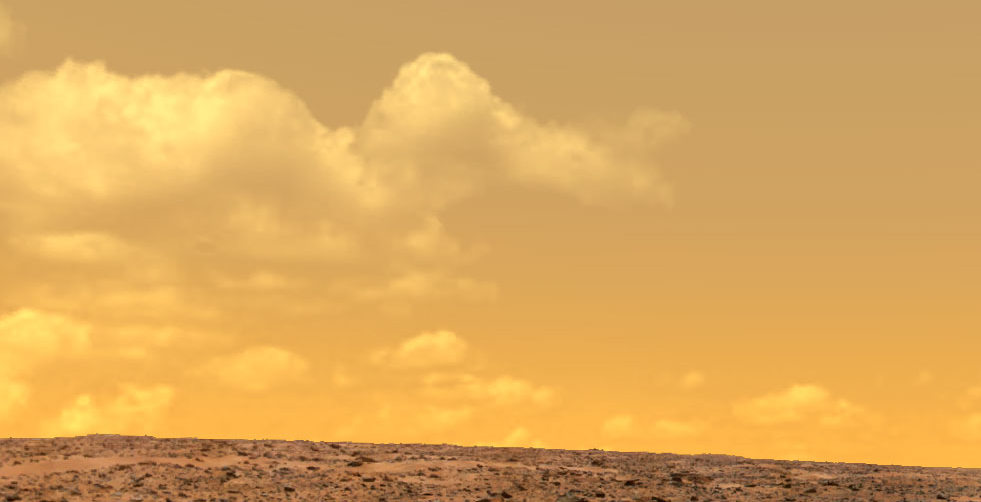 The color of the sky plays a central role in the first book of the series. This makes it important that I get it right. This it not as easy as one might expect. Obviously, no human eye has seen the Martian sky. We have imagery from our robotic probes on the surface. But what a camera sees is not what a human perceives. The truth is that we do not currently know what the Martian sky will look like to a person standing on the surface. We can, however, make an educated guess.

The sun’s radiation provides our light. The color of the sky depends on how that light is scattered and absorbed by molecules and particles in the atmosphere. If there were no atmosphere at all, the sky would appear black. On Earth, the molecules that compose our atmosphere scatter solar radiation in a process called Rayleigh Scattering, which preferentially scatters shorter wavelengths. This is what gives us a blue sky.

The Martian atmosphere, while much thinner than Earth’s, still causes Rayleigh Scattering. So you might expect the Martian sky to be blue, though perhaps much more dark than Earth’s. However, Mars is a dry and dusty place. Even on clear days, there is a great deal of suspended dust in the atmosphere. This dust is primarily iron oxides, which scatter longer wavelengths and absorb shorter. The combined effect of this scattering and absorption is a sky expected to appear a tawny yellow on most days. Because of the intensity of the light near the sun, Rayleigh Scattering would dominate, creating a blue haze around the sun’s disk. At sunset, this blue would spread and become more intense, making sunsets on Mars rather upside from those on Earth.